ARE YOU READY FOR 5G?

What’s faster than a speeding bullet and able to deliver massive amounts of data with reduced latency and a more secure and reliable connection? If you guessed 5G technology, you’re right. It may not be as awesome as Superman, but it will change the telecommunications industry dramatically in the coming years.

In fact, leaders in the telecom industry are estimating that by the end of 2024, 1.5 billion people are going to be using the 5G connection.

The term 5G refers to the fifth generation of wireless technology. The switch from 3G to 4G delivered faster downloads and improved functionality, but experts predict the move from 4G to 5G will be an even bigger leap. Not only will 5G networking deliver faster speeds and the ability to move more data, it will reduce latency (lag time), thereby increasing responsiveness. It’s also expected to be more secure and reliable, as well as improve scalability.

How fast is 5G, you ask? While there is no exact number available at this point, some industry experts anticipate speeds of 100 gigabits per second – which is approximately 1,000 times as fast as 4G. However, more conservative estimates (based on early tests) put the speed at 4.5 gigabytes per second or 20 times faster than current 4G. Speed will also depend on where you live and which wireless service you use.

While every new number that precedes the “G” increases connection speed (and revenues), it requires updated infrastructure and technologies. As a result, tech companies such as HP, Nokia and Vodafone are looking for skilled engineers who can address the challenges of deploying 5G technology. In addition, phone manufacturers must keep pace by producing compatible devices. Analysts predict that iPhones with the new technology won’t be available until 2020.

What Is 5G Capability?

This new technology will not just affect smartphones. Fifth-generation networks will also impact many other devices, such as security cameras, drones, industrial robots, traffic data, medical equipment and eventually autonomous vehicles and artificial intelligence. And, of course, you’ll be able to download entire movies in seconds!

Lag time or latency will also be reduced with 5G. When you issue a command on a current smartphone, such as starting a web search, there is typically a lag of 50 to several hundred milliseconds. This happens because the signals must pass between different switching centers. With 5G, which uses newer technology, latency is expected to be reduced to a few milliseconds.

While a reduction in latency will improve your virtual reality or video gaming experience, it has far more important implications. “If you talk about remote surgery or connected cars, you don’t want latency times to be too long,” said Fredrik Jejdling, an executive president at Ericsson, a maker of cellular equipment.

When Will 5G be Available?

Although 5G technology is available now, it will take some time before every device is equipped to handle this new service. As it’s rolled out, some carriers will provide 5G wireless capability by adding accessories to phones designed for 4G. For instance, AT&T will offer a 5G hotspot device that can funnel broadband connections to nearby phones and computers using WI-FI. This stopgap will allow users to take advantage of faster 5G speeds without sacrificing current 4G capability.

When mobile devices are fully 5G capable, they will operate primarily on 5G networks without requiring add-on accessories. These devices will enjoy the full range of benefits that 5G broadband is expected to provide.

How Does 5G Operate?

For all those techy types out there, 5G networks will operate in a higher frequency portion of the wireless spectrum – between 30 GHz and 300 GHz. Date can travel at lightning speeds in this area, but it doesn’t go very far. Think of it as a sprint versus a marathon. While the average speed may be much faster during a sprint, it can only be sustained for short distances.

Should You Run Out and Buy a New 5G Smartphone?

Americans seem to have an endless appetite for the latest technology. However, a consumer study sponsored by Intel in August 2018 found that 58% of Americans had not heard of 5G or knew much about the technology. A later survey found that although more consumers had heard of the technology, there was still a lot of confusion surrounding it.

The industry consensus seems to be to wait until large carriers, such as Verizon and AT&T add 5G services based on lower frequencies that offer wider coverage, which may not be until late 2019 or more likely, early 2020. Otherwise 5G signals for early phones could be limited. 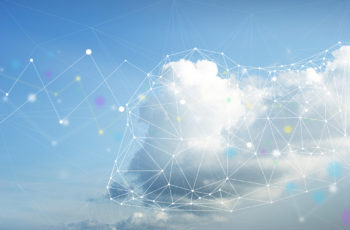 10 REASONS COMPANIES ARE MOVING COMMUNICATIONS TO THE CLOUD 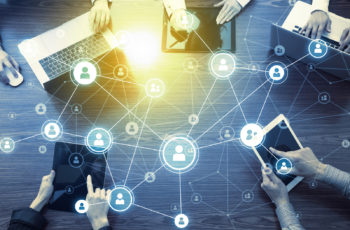 WHAT’S THE DIFFERENCE BETWEEN UC AND UCAAS? 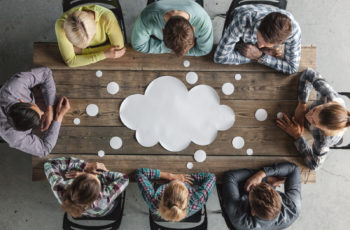 What are the Advantages – and Potential Risks of UCaaS?